Understanding the different household compositions of the region’s population is important to any analysis of regional equity. People’s priorities and needs are determined in part by their household type. For example, families with children may have different needs than individual adults, and single parent families may have different priorities than families with two parents. Some household types may also be more likely to experience disparities than others. For example, national studies indicate that single parent households are more likely to live in poverty than two parent households. 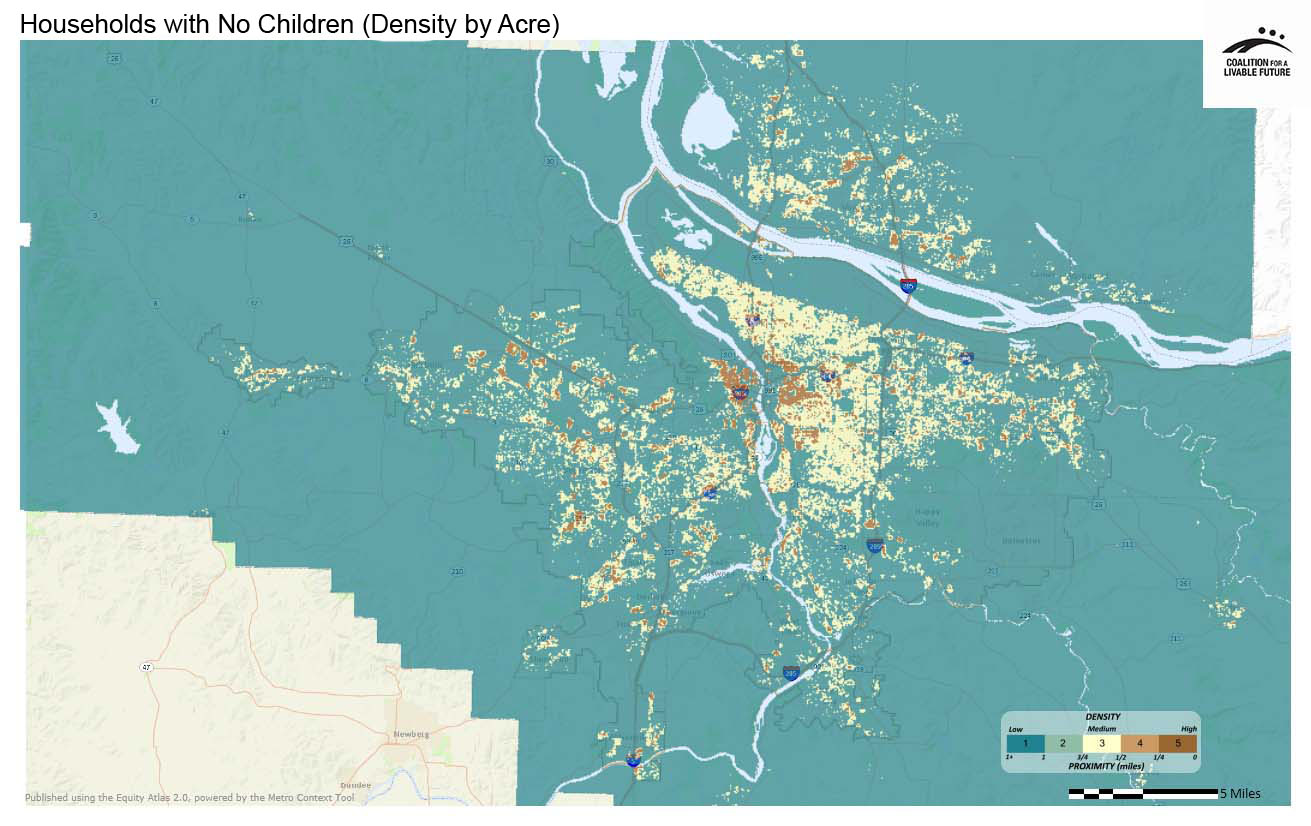 Families with Children (Density by Acre)

Households with No Children (Density by Acre)

These maps can help organizations that offer services for specific kinds of households to geographically target outreach and program delivery. The maps may also be useful to school districts, park planners and other public agencies in planning their investments and services. From an equity perspective, the maps can be analyzed in combination with other Atlas maps to assess how the distribution of key resources and opportunities compares with the distribution of different household types across the region.

These maps show the density of different household types by acre based on Census 2010 data.

Families with Children (Density by Acre)

This map shows the density of households with children per acre.

Households with No Children (Density by Acre)

This map shows the density of households with no children per acre.

This map shows the density of single parent family households per acre.

Note:
When using the Atlas online mapping tool, it is important to remember that the density measurements in the tool are relative rather than absolute (or standardized). For instance, a rating of “5” on the Families with Children heatmap might not necessarily represent the same number or percentage of people as a rating of “5” on the Single Parent Families heatmap. What this means is that you can use the statistics to compare the relative densities of the families with children across different geographic areas, but you cannot use the "1" to "5" scores to compare the actual numbers of families with children with the actual numbers of single parent families in a geographic area.