Home ownership is a key source of asset building for many American households. Owning a home can also contribute to greater housing stability and an improved quality of life. The ability to purchase a home can be affected by household income, credit history and access to money for a down payment. While it is illegal for sellers and lenders to discriminate against potential buy­ers based on race, the legacy of historic and institutionalized racial discrimination continues to impact current home ownership rates. Familiarity with the financial services system and the necessary preparations to qualify for a mortgage may also play a role; recent immigrants, in particular, may find it difficult to navigate through the complexities of financing a home purchase. 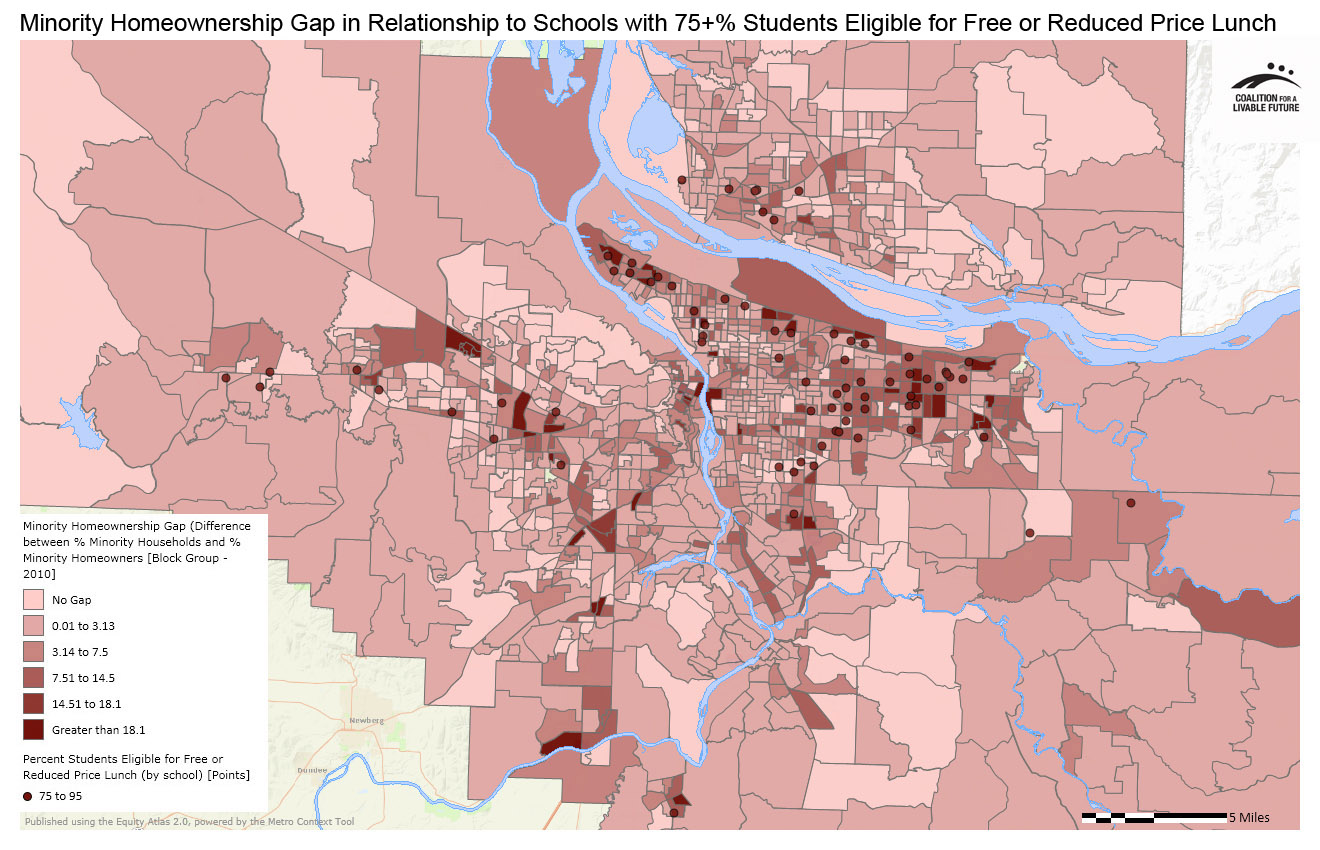 The map indicates that there are significant areas of our region where populations of color own homes at lower rates than whites. These areas are spread across the region, with gaps ranging from .01% to greater than 18%. Five neighborhoods contain more than two census block groups with a minority home ownership gap higher than 14.5. These areas include the CPO Sommerset-West Elmonica neighborhood in Washington County, Portland’s Cully and downtown neighborhoods, and Gresham’s Rockwood and Centennial neighborhoods.

The Minority Home Ownership Gap in Relationship to Percent Minority Students map most directly speaks to the relationship between where students of color attend school and the relative access households of color have to purchase a home in the areas adjacent to that school. The Percent Minority Students layer can also be used as a proxy for the racial and ethnic diversity of the surrounding neighborhood (with the caveat that not all schools are comprised of students from the local community).

The maps in this series indicate that there are significant gaps in home ownership between communities of color and whites throughout the Portland metro region. In many places, these gaps are considerable. Moreover, the areas with the greatest gaps also tend to be areas with high rates of poverty and higher percentages of populations of color. These findings present a critical equity concern for the region and merit further research to develop targeted strategies to address the problem.

This map layers the Percent Minority Students by school point layer on top of the Minority Home Ownership Gap map.